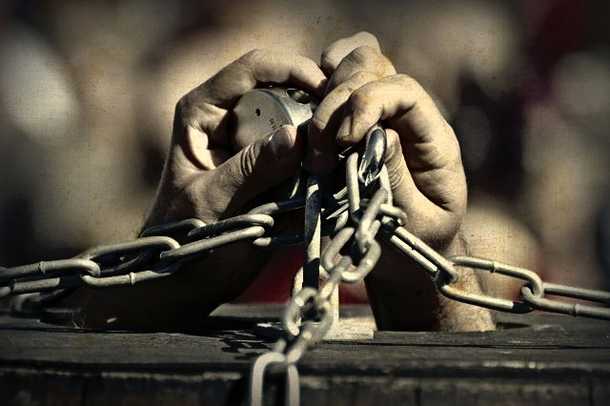 This article was originally published in The News Hub
How an “objective” report on slavery in Malaysia became the centre of a political storm in the US.
Political interference from right at the top of the US government will be the only explanation if Malaysia’s human trafficking rating is raised next week, says human rights expert John Sifton.
“Let’s be clear: this is not a grey area,” he stated last night. “Malaysia has done very little to combat this scourge [of human trafficking]. They have done very little since they were moved to Tier 3 to merit an upgrade.
“If this had happened on House of Cards I’d say, oh, that’s not plausible.”
Sifton, who is the Asia Director at international NGO Human Rights Watch, made the comments in a press conference call, where he was joined by US senator Bob Menendez, Glorene Das, director of the Malaysian anti-trafficking NGO Tenaganita, and Simone Campbell of the Catholic human rights advocacy group Network.
The conference responded to reports that the annual Trafficking in People (TiP) report, which has been delayed without explanation by its authors at the US State Department for the first time in fourteen years, will recommend that Malaysia has demonstrated sufficient progress on human rights to warrant a status upgrade. It’s a claim that Mendez and Sifton dismissed respectively as “incredibly alarming” and even “comical.”
Malaysia has repeatedly come under fire for paltry efforts to tackle the sex trafficking, debt bondage, forced labour and other forms of slavery that are rife within its borders, and for refusing to recognise the legal status of tens of thousands of refugees.
Despite its poor record, in 2012 and 2013, a downgrade was waivered on the understanding that the country would implement significant improvements. These failed to materialise – investigations and conviction rates actually fell – and last year the country was finally downgraded to Tier 3, the lowest possible rating.
The TiP 2014 report stated that the government had consistently failed to “fully comply with the minimum standards”, and in April this year, the US Ambassador to Malaysia stated that the country has all the legal frameworks in place, but needs to start demonstrating the political will to use them. Observers question how any country could demonstrate sustained progress in a period of less than three months, least of all one that turned away boats containing 6,000 Rohingya trafficking victims into perilous seas in May.
But the human rights issue is at striking odds with ongoing negotiations over the highly controversial Trans-Pacific Partnership (TPP), a US-Asia free trade agreement that, like its European equivalent TTIP, has been shrouded in secrecy.
Malaysia, with its prime position on the Strait of Malacca (through which over 40% of the world’s trade and a third of its oil is shipped) is considered a valuable ally for the US, and the deal’s architects appear to be fighting hard to ensure that its place at the table is secure.
In May, under pressure from the White House, Senator Menendez agreed to alter an anti-slavery clause that he had secured in the treaty, which would have barred Malaysia from entry to TPP. The modified language allows states that show they are taking “concrete” steps to reduce trafficking to be included in the deal – something that a Tier 2 upgrade would permit Malaysia to claim.
Neither Menendez nor Sifton believe that, if an upgrade is announced as expected, the issue lies with the report’s authors (“I have immense faith in the staff of the State Department… they are good people trying to do their jobs,” Sifton emphasised). Instead, they worry about “political interference” from above – interference that bodes ill for the future implications of TPP.
Those behind the deal, which aims to promote and facilitate the export of US-made products to the ASEAN region, claim that TPP will also act as a tool for strengthening labour rights and environmental protections. But, as Menendez pointed out, if something as uncontentious as Malaysia’s human trafficking record can be “manipulated” in favour of their membership, there is little to suggest that TPP will be leveraged in this manner.
On the contrary, if Malaysia is upgraded as expected, this could set a precedent that sees the US become increasingly complicit in facilitating serious human rights abuses perpetrated by its trade partners.
“What is clear is that trade is more important to the USA than the issue of human slavery,” said Tenaganita’s Glorene Das.
Even as the press conference was underway, she said, nearly 100 Bangladeshis, believed to have been victims of trafficking, were handcuffed and shackled in Kuala Lumpur airport awaiting forced deportation.
If Malaysia does indeed see its status upgraded next week, added Sifton, something has “deeply gone wrong with the integrity of the process.”